The closest tour operator to Downtown Boston, just five minutes away in a helicopter!

Helicopter Tour Boston, a part of Blue Hill Helicopters was founded over 13 years ago by experienced pilots at Norwood Memorial Airport (KOWD). We decided that Boston needed a modern safe helicopter company that could provide a knowledgeable tour of Boston in a new well maintained helicopter. With over 13 years in business and 15,000 flight hours taking customers on tours of Boston, we believe we provide the best experience in Boston. We are the closest tour operator to the city, we own our aircraft and take pride in our customers from the minute they walk in the door. All our pilots are professional flight instructors that have gone through FAA certified flight instruction. Safety is our number one priority. 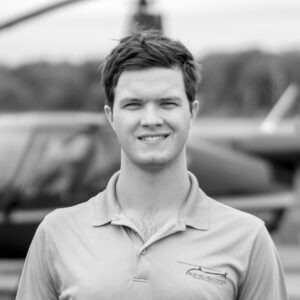 Alex grew up in Australia. He learned during college that we wasn’t meant for an office job. Flying in Fox Glacier, New Zealand and Uluru, Australia he got motivated about the idea of becoming a helicopter pilot. He was flying in Oregon, before he decided to join the Blue Hill Helicopter team. Alex is instructing students, flying aerial tours of the Boston area and flying our aerial photographers. For future plans Alex would like to challenge himself with Search and Rescue or Helicopter Air Ambulance in Australia. 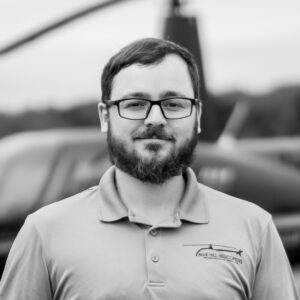 Robin grew up in Germany and came to Blue Hill Helicopters after flying in Long Island, NY where he flew most recently. After serving in the german military, Robin later moved to the US to pursue his helicopter dream. During his time in the military he experienced the extraordinary bond every helicopter pilot among each other – especially between students and instructors. Robin is currently instructing students, flying aerial tours of the Boston area and flying our aerial photographers. In the future Robin would like to challenge himself with flying Helicopter Air Ambulance and Fire Fighting. Flight instruction is a true passion for Robin and he will hope to continue this endeavor for his career. 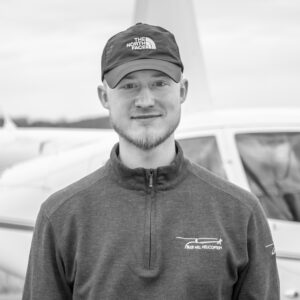